Garden once again the focus of the Japanese TV cameras! 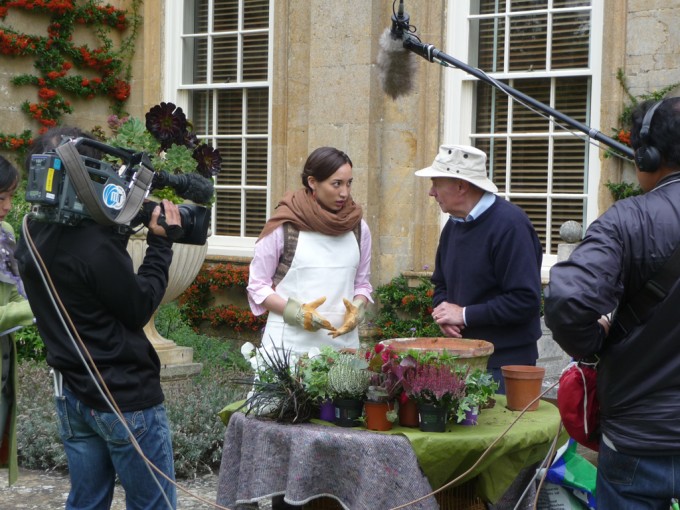 A film crew from NHK Japan arrived with young presenter and model Hanae to film the garden in its autumn glory; to interview Head Gardener Paul Nicholls and pick up some tips on tools and techniques! The crew was amazed to find the garden looking so beautiful and so full of colour late in the season. They were particularly impressed with the massive hanging baskets on the front of the Tithe Barn and the creatively planted pots and containers that are a feature of the garden in the late summer and autumn. Paul spent time with Hanae demonstrating the art of planting a container, giving her plenty of ideas to take home to put into effect in her own small patio garden. The programme, which also featured footage of Moreton-in-Marsh, will be broadcast on 8th October 2012 and will hopefully encourage more Japanese tourists to visit the Cotswolds in 2013.

￩ ￫ x
We are now closed until April 2023.
We look forward to welcoming you again soon.
Newsletter Sign Up
Sign up for news and alerts here